Hitchhiker's Guide to the Bloomlands 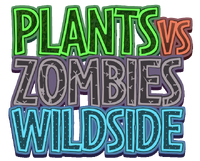 PvZ Wildside! It's here! At long last, the game that most of you have probably seen popping up in the Recent Changes is actually coming out! With a caveat, of course. There's also a twist, a condition, a wrench in the gutter. The game's not finished. It's a fact, the truth is it's probably never going to be completely finished. But we're going to do our best to provide a Wildside experience that feels about as complete and interesting as we can. A part of that is letting you, the public, see our work! So rather than holding it back longer than we already have, we've figured that the best option is to release the game now and add onto it over time, through regular updates as you'd probably expect. But we're going to take a bit of a break after today to focus on some other things we'd like to work on, so we can build out the Bloomlands further through other installments.

What we've released for you today, is a polished version of the game with all of its major features included. Our game features a total of 9 truly unique worlds, from the Bluegrass Wilds to the Windswept Peak, from the Crumbled City to the Lavamolt Steep. Each world has been given all the love and attention we could afford, with a set of 12 unique plants and anywhere from 12 to 16 zombies each. Each plant also has a set of Plantiques, which are special powers you can select for an increased sun cost, such as dealing more damage to armored enemies or exploding when defeated. The battle for the Bloomlands doesn't stop there! Go on an Adventure, with Pirate Raids, Shipwrecks, Outposts, and so much more! Discover strange and mysterious through our Barkeology system, where you can find cool power-ups and special perks to boost your zombie-busting strength to new heights. Climb the Fabled Tower, battle the Wandering Circus, there's so much to explore in Wildside and we hope you'll enjoy.

And now, a word from our Bloomlands correspondent, our expert down on the ground. He's reviewed the Bloomlands thoroughly, and has send us a letter detailing his opinions on each location as it stands from a vacation standpoint. Where do you want to go on a nice, relaxing vacation? He'd be here in person to tell us himself, but instead we're going to read his letter live on air since he hasn't turned up yet.

That's about it folks, we're excited to finally be able to release Wildside (it's been a while) and we're hoping to expand it even further in the future. But our next step from here is something a little bit different, and probably coming up rather soon, so keep your eyes peeled for that.