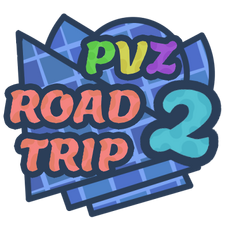 I'm a user on PvZCC, joining November 20, 2016 (when I was 13). I really like the Plants vs. Zombies series, and it's my passion to make fan-ideas for the main tower defense games. "Passion" is a strong word, but ya know it's kinda fun I guess. I do a lot of different things so there's a fairly good chance that I can help you with something you're attempting. If you do need my help for anything on the wiki, tell me on my message wall or message me on Discord (which is Sani#4666).

Fresh Fighters - Fresh Fighters is a set of cards released in Plants vs. Zombies Heroes. The update introduces a total of 465 new cards (401 regular, 65 superpower), 16 new Heroes, and a new card type - Gadgets. Gadgets are similar to Environments, but they don't take up a lane, only one can be in play at a time, and they affect the whole board.

Canceled: Neighborville Reignited - Neighborville Reignited is a fun, fully fan-made, fantastic update for PvZ: BfN that aims to fix some of the game's larger issues that had plagued it since launch. It also adds a lot of additional fun content as well, including a huge balance overhaul, new characters, new Legendary Upgrades, an Ops rework, a batch of Weekly Event modes, tons of quality of life changes, and so much more! The goal is to stay true to the heart and soul of Battle for Neighborville while adding my own twist and making it less of an abject failure. This project is currently not supported.

Plants vs. Zombies: Battle for Neighborville