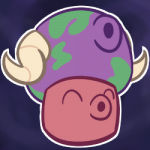 Im DsFanboy (not DSFanboy, not Ds Fanboy and DEFINITELY not Dsfanboy). Im an admin and content mod here on pvzcc. i usually check my emails often, so message me on my message wall if you need help with anything! If possible, you can also message me on discord (Ds#1177). I'm currently working on my game Plants vs. Zombies: The Wacky House, which for some reason people think is dead...?

PvZCC and PvZ in general is not the only thing i do, however!! I'm working on an original story of mine called ToothAche, which I sometimes talk about on the PvZCC discord server. its basically about a bunch of talking objects and their silly wacky adventures. I also play the clarinet in my schools wind ensemble! I've been playing it for over 3 and a half years now. I'm also kinda working on a hack for NSMBU, but that's pretty much dead now since i only tend to work on it when im excruciatingly bored at like 4 am. So yeah, basically, I guess you can call me a huge freaking nerd.

Stuff I Use idk

and now for some shameless self advertisement

i am working on a game called Plants vs. Zombies: The Wacky House. its pretty epic, and its focused around your house getting controlled by zomboss and put into lots of random and ***wacky*** locations. you can follow its progress if u want in its channel in the PvZCC discord server.

Retrieved from "https://pvzcc.fandom.com/wiki/User:DsFanboy?oldid=908474"
Community content is available under CC-BY-SA unless otherwise noted.