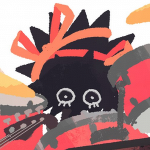 Heyooo! This is CompliensCreator00, aka CC00, aka Comp, aka Jasmine. Although I am not particularly active here anymore, I am a bureaucrat, and I do occasionally step in to deal with issues on the wiki. And of course, I still do enjoy coming up with ideas for the Plants vs. Zombies series, so expect me to stop by from time to time and post an idea or two! I'm definitely nowhere near as active as I was in say, 2011-2014, but you can definitely still expect me to at least make one page each year.

What I've learned recently is... I've kinda been here longer than anyone else. Well, longer than anyone who's still active. Some users, like CattailsWelove and Zomplant Jelo were here before me, but they aren't really around anymore. I joined this site about a month after its creation, and have stuck around at least a little bit ever since. I guess if you want to know what PvZCC was like eight years ago? Ring me up on that, I'm probably the only person still around who can tell you. Habanero was my first article, and also probably one of my worst, though I will admit, designing a Jalapeno upgrade that just looks like three Jalapenos is actually kinda smart from a game design perspective. You know exactly what that plant will do!

Around 2014 I deleted a bunch of pages in a fit of quality control. I'm not exactly sure if I still agree with what I did, on one hand I do like sort of enforcing a greater "standard of quality" for content, but on the other, I feel there's a certain sort of joy to just making whatever you feel like. There's a weird, child-like charm to a plant that costs 9990 sun, flings everything in the game at zombies and takes a year to recharge. It's not a good idea at all, but it's so hilariously goofy that I sort of have to love it. That being said, if you want to know what makes a good plant design? I suppose I'll be able to help out. I try to balance out my creations to the absolute best of my ability, and I think I have a decent eye for balance. Ultimately I don't think I'm gonna go around deleting pages very much anymore, but if there's a page you think needs some work, maybe I can hop to it. That being said, don't expect me to do everything, alright? I live a sort of busy life.

This isn't a complete list, just some of my favorites. I mostly have made plants, because I think I have a little more fun designing them than zombies. You can see everything me and one of my siblings have made at Comp's Creations.

Bamboo Shoots (PvZ"3": BttR) (2020)
Add a photo to this gallery
Retrieved from "https://pvzcc.fandom.com/wiki/User:CompliensCreator00?oldid=874498"
Community content is available under CC-BY-SA unless otherwise noted.