Peppercorn is hurt by the fiery peppers it holds. He honestly doesn't care where the things land, only if they get off him. But they keep. Coming. BACK.

Peppercorns are offensive fire plants that shoot off 3 projectiles randomly across the map.

Peppercorn attacks at a rate slightly less than that of a Peashooter. It fires 3 peppercorns across the map. These do 1.75 points of damage and do 0.5 points of splash damage. They are also fiery, so the defrost chilled zombies. Peppercorn also emits a pulse of heat to melt frozen plants, and it itself cannot get frozen.

The peppercorns have a small chance to not hit any zombie at all.

If a zombie is standing right in front of the Peppercorn, then it will be hit with all 3 projectiles.

When Plant Food is used on Peppercorn, it fires 2 projectiles, each dealing 6 points in damage, at every other zombie on the board (therefore, it only hits half of the zombies). It then fires 2 projectiles at every zombie it didn't hit, but these only deal 6 points of splash damage.

Peppercorn is not reliable, as it does not hit zombies based on position or health. They are better planted towards the house, as then they are able to deal damage without getting eaten. Peppercorns can also be utilized, surprisingly, as a close-ranged plant, since they, as stated prior, hit the zombie in front of it with all 3 projectiles, dealing a total of 5.25 points of direct damage. 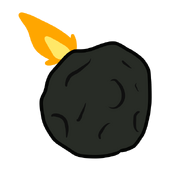 Crude GIF of Peppercorn attacking (First """"Animation""")
Add a photo to this gallery
Retrieved from "https://pvzcc.fandom.com/wiki/Peppercorn?oldid=823144"
Community content is available under CC-BY-SA unless otherwise noted.