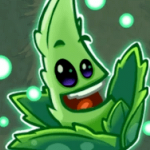 aka Sani, and nothing more :-)

The world is a very weird place right now and it's a hell of a time to be alive. Most of us haven't even seen something this big and global in our entire lifetime. I didn't think it was gonna get this bad and I'm sure some of you also didn't as well.

COVID-19 is a very real thing and it has already taken the lives of thousands of people, and sadly thousands more will be taken. I want to stress the importance of not going outside for now unless you really need to. It is so important that you stay home. Don't go out unless it is absolutely necessary. If you need food or some other necessity then fine, otherwise don't.

You can't have the attitude of "I probably won't die from it so I don't care." You may not die from this virus but that doesn't mean you can't carry it around with you or give it to another person who won't be as lucky as you. Save the world, stay inside. Please.