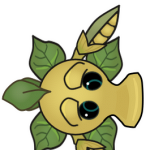 aka David (or Dave),

If you have anything to tell me about, as long as it's not rude of spam, go ahead and give me a message!