Wires immobilize a zombie for a duration of time depending on the level,stun time increases by 1s per wire that hits a zombie,Haywire also has a chance to shoot either 1,2,or 3 wires with 1 being the highest and 3 being the lowest.

150 Seed Packets
"I like to be surprising" Says Haywire with a sly grin,"You'd never know how many wires i'll shoot when a zombie approaches until it's too late."

Haywire is a seedium plant, it costs 150 Haywire Seed Packets to unlock. It attacks by shooting hay like wires at zombies, each wire stuns for 3 seconds. Once the wire hits a zombie, it wraps around it, doing 40 damage at hit ,then doing 5 damage each second for 3 seconds the zombie is stunned (or more with upgrades).

The number of wires it shoots and based on RNG,with either being able to shoot from 1 to 3,with 1 being the most common,2 being 50/50,and 3 being the most rare.

When multiple wires wrap around a zombie,the zombie gets encased, with each wire adding 0.50s to the stun time,with 2 wires needing to be shot to add up to 1s. Gargantuars are immune to this.

It is based on the hay, an herb that has been cut, dried and stored for animals to eat

It's personality and attacks are also based on the word Haywire, which means erratic or out of control, specifically erratic.

Due to its unpredictable attack pattern its name is also a play on words, with Hay as the actual plant and Wire as the firing projectile. And Haywire being, well, what the plant is.

When using Plant Food, Haywire will start spinning for 3 seconds before releasing a massive wire in it's lane, the one that has above and the one under it. The wire stuns all zombies in those lanes for 5 seconds, inflicting 500dps on the first hit and 15dps for the next 5 seconds while the zombies are stunned.

Can stop Zcorp Consultants dead in there tracks,buying your plants time to attack it - Another way to deal with Jester Zombies,as the wires aren't juggulable - Gargantuar Stall (If Plant Food is used) - Stops some more troublesome zombies from hurting plants (Octo Zombie,Wizard Zombie,etc.).

Can be frozen by freezing winds - Hay wires burn immediatly when close to a explorer or torchlight zombie,making them useless - Gargantuars - Excavator Zombies,Wires are blocked by them. 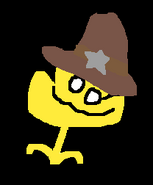 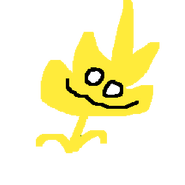 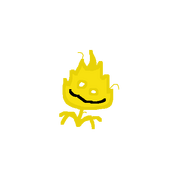 More Accurate Haywire (Original looks bad because i was lazy