For everyone!
You can use this in your games, minigames, and other creations without the creator's permission!

Predicting the future!
Balloon Bloom now exists in an official Plants vs. Zombies game as Boom Balloon Flower, but this page was made before on 2021.

150 Seed Packets
"Wanna go for a wild ride?!" says Balloon Bloom, small plants just disagree with her because of her balloons taking them anywhere. It's not the balloons they're afraid of, it's their fear of heights. She is also a literal prankster.

Balloon Bloom was a premium plant in Plants vs. Zombies 2, as she was introduced in 9.5.1 update. She can be obtained by collecting 150 seed packets that hiding somewhere in Premium Pinata or by replaying Modern Day levels.

Balloon Bloom will shoot petals at zombies, dealing a small amount of damage, which is 10DPS. However, there was a chance that zombies will float away with their attached balloons. Once the balloon was popped in mid-air, they will absorb different damage once they fall to the ground. Also, falling zombies will deal damages onto surrounding zombies.

Numbers of balloons to take each zombies types to float

Balloon Bloom was based off a common daisy, or its scientific name: Oxeye daisy. Her design was probably based off Marigold from previous games, but mostly based off her appearance in Plants vs. Zombies 2.

Once being fed by Plant Food, Balloon Bloom will shoot petals directly to five different zombies, mostly if they have most health. Gargantuars and machine zombies will float away instantly instead of immune to them.

Once being affected by Contain-mint, her petals will deal an additional 30DPS.

New Balloon Bloom On Premium Tile (Free To Use)

New Balloon Bloom On Grass Tile (Free To Use) 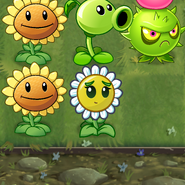 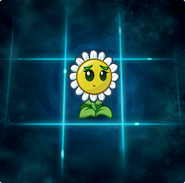 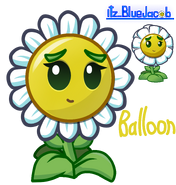 New Projectile (Plant Food Or, Leveled Up)
Add a photo to this gallery 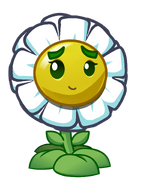 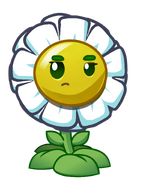 HD Annoyed Balloon Bloom (Happens When A Template:Shadow-shroom Is Behind Her) 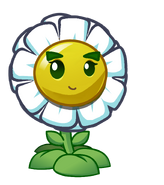 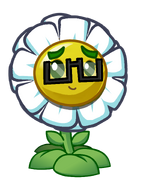 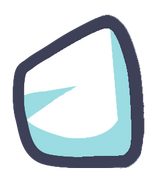 Balloon Bloom's projectile after it hits a zombie. 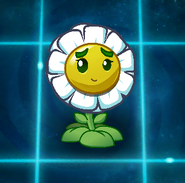 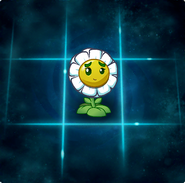 Balloon Bloom In The Background 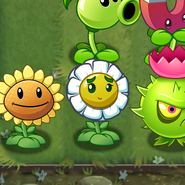 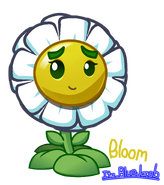 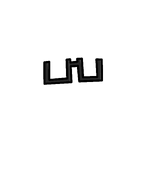 Balloon Bloom On A Classic Lawn Tile (Free To Use)

Retrieved from "https://pvzcc.fandom.com/wiki/Balloon_Bloom?oldid=967426"
Community content is available under CC-BY-SA unless otherwise noted.